If you love haunted real estate, then touring the gorgeous and spooky Queen Anne Hotel in San Francisco should be on your bucket list.  I was there with my extended family as part of a ghost walk in SF some years ago, and found it to be one of the most interesting places in The City. 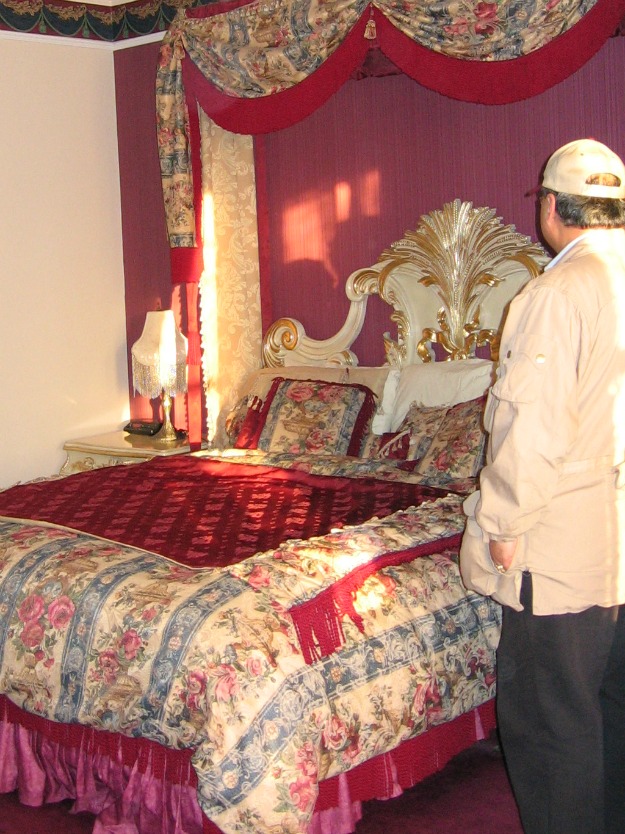 I’m intuitive and have sometimes had experiences that you might call paranormal, though nothing huge – and I’ve never “seen” a ghost. At the Queen Anne Hotel, though, I did feel a large cold spot – and I wasn’t the only relative to do so in that spacious Victorian.

Like any good tourist, I snapped some digital photos (and like any decent ghost hunter, I hoped there would be something of interest on the images later).  One photograph that I took of the staircase had a least 3 orbs that I can make out. I know, they could be dust…. Here’s the original photo, and after that the same one but zoomed in, with increased brightness, and the 3 orbs circled in green. 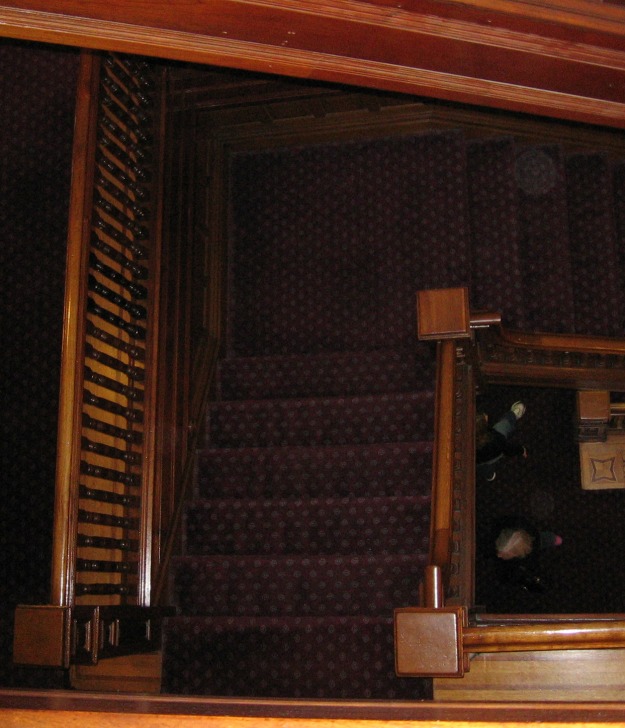 And next, zoomed in, lightened, with the round white blobs circled. 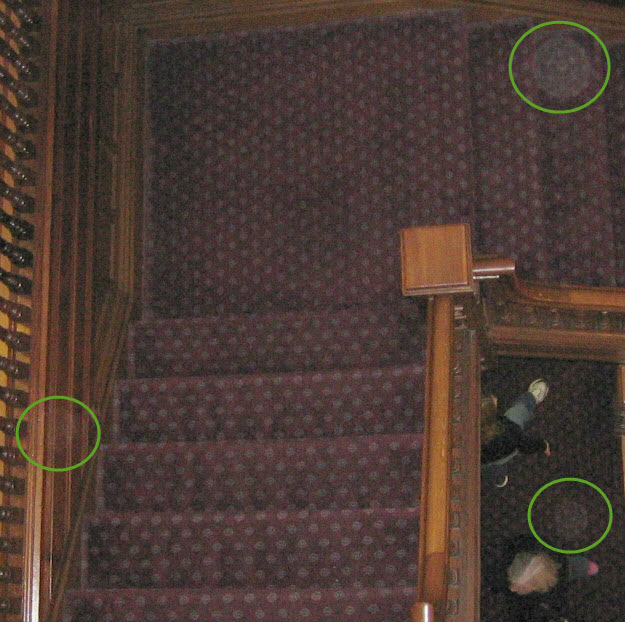 From TripSavvy last December: Haunted Hotels: San Francisco’s Queen Anne (Check out the orb in the photo of Mary Lake’s bedroom over the right side of the bed!)

SF Gate article from last October – rather full of unproven scandal, but touching on history nicely otherwise:
The senator, the schoolteacher and the scandal of San Francisco’s famed haunted hotel

The tour we took, years ago, was via the San Francisco Ghost Hunt Walking Tour, and this lovely inn was only one of a few fascinating stops along the way that we were introduced to by Jim Fassbinder, the owner of the company (there’s a different person giving the tours now, but Jim apparently continues to be the proprietor). I recall that seeing the inside of the hotel was not guaranteed then – and the site listed for the tour does not mention it at all, only that there’s an unnamed indoor location that might be a part of the tour. I’m hoping that if you do the tour, it will work out that you can see the inside of the hotel as part of it, but of course the tour is a lot of fun even without it.