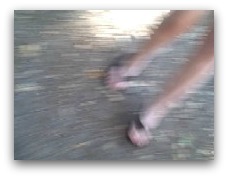 Many thanks to my friend, Adrienne Foster, who sent me this link a week or so ago regarding a house that sounds very haunted in the Hollywood Hills!

Haunted by Rumors in the Hollywood Hills

A couple of months back, I saw something on television about a home in the Hollywood Hills that’s haunted.  It was similarly situated clutching the hill, but it was occupied so should not be the same home as this one in the article, since it does not yet have an occupancy certificate.  If you know anything about that house, please let me know. I can’t find it anywhere!

Also in Hollywood, according to seeingstars.com, the ghost of Harry Houdini is said to haunt his old digs on Laurel Canyon Road. Click on the link or Google haunted Hollywood and you’ll find many more spots!